From the Bones of the Fish: Narrating Desire and Beauty in the Work of Monika Lin 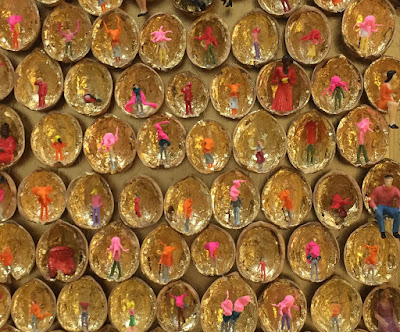 Walnut shells, miniature monsters, nail polish, mirrors, plastic debris and the beauty myth - how does all that coalesce in a socially engaged, multi-disciplinary body of work? 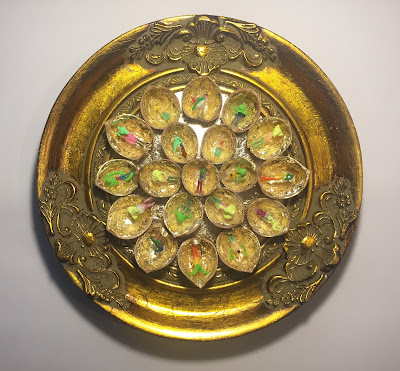 I've written about Monika Lin's work before -- she was one of the female artists I encountered on my first, 2011, research trip to China, when it was beginning to dawn on me that the research question I'd set myself, and on the basis of which I had been lucky enough to win a coveted travelling scholarship, was not really the one that I wanted to find answers to. Instead of producing general teaching and learning materials about how contemporary Chinese artists envisaged their practice, I had become far more interested in the work of women artists, and how they positioned themselves in a still, sadly, testosterone-fuelled Chinese artworld. I met Monika in a Shanghai cafe -- she rode up on her bicycle and we talked about the difficulties faced by women artists, about her practice-led research, about art and motherhood, and how her own position as an American/Chinese artist gave her a unique perspective on the art scene in Shanghai. Her performance in which she wrote the character for 'rice' 10,000 times featured in my article for The Culture Trip, 'The Power of the Word: Calligraphy in Contemporary Chinese Art''

Here's my catalogue essay for her intriguing new body of work, 'From the Bones of the Fish', shown in New York this month: 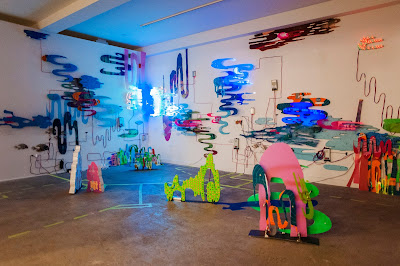 ‘She was very lonely in this sealed-off place. Actually, she was cursed by a witch because of her beauty.’ (Wu Siying, aged 11)

Around the year 700 CE, during the Tang Dynasty in China, a folk tale pre-dated European versions of the story of Cinderella by at least one thousand years. In this earlier version, the protagonist Ye Xian (叶限) was similarly mistreated by an evil stepmother. Her only friend was a pet fish, which her wicked stepmother served for dinner, in an act of vengeful spite. The bones of this fish were magical, recalling the oracle bones used for divination in ancient China. They replace the role of the fairy godmother in the western version of this morality tale, but other elements are depressingly constant: tiny feet, golden slippers, feminine duty, self-sacrifice, and a prince seeking a woman both beautiful and compliant.

The form of this story, like so many others in which women are punished—Rapunzel locked in her tower, Sleeping Beauty cast into a coma, or Snow White slumbering in her glass coffin—are, artist Monika Lin believes, deeply entrenched in the collective psyche. They cut across cultures and historical periods, representing notions of class, gender and sexuality in highly problematic ways. The consistent thread underlying all these stories, and other fairy-tales from many cultures, is the punishment of women for imagined transgressions. Too beautiful? Not beautiful enough? Too proud? Too independent? The narrative arc will ensure that women will learn their place, only to be saved by the grace and favour of a powerful man. 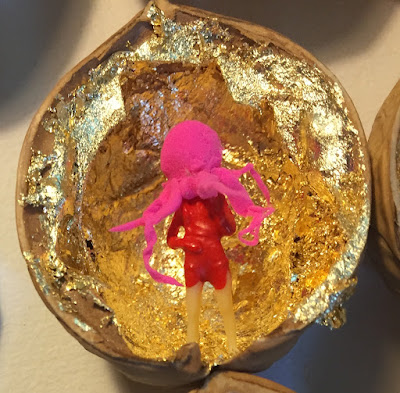 The essential role of women in such punishing mythologies is one of waiting: to be rescued, to be awoken, to be chosen, to be judged as beautiful — and therefore worthy. ‘Those who are not judged beautiful are not beautiful’ pointed out John Berger in his 1972 analysis of the female nude in western art history. Women in fairy tales, and indeed in European oil paintings (think of Giorgione’s ‘Sleeping Venus’, for example), are reduced to a passivity that borders on narcolepsy. British writer Angela Carter likened this to a death sentence in her 1978 text, The Sadeian Woman. Add a more explicitly pornographic element to these tales of women waiting to be activated by being chosen, and we end up with The Story of O.

Where is female agency in these stories, so ingrained in us from earliest childhood? If women tell their own real and imagined stories, might they be different? In her latest body of work Lin has engineered an opportunity for us to hear stories told by 147 women and girls – their voices echo through the gallery space, their stories are written in Chinese and English, and the images they created to illustrate them are exhibited as relief prints. The participants in these oral story-telling workshops were inhabitants of Shanghai: migrant workers, retirees, school children and middle class women alike assuming authorship and agency. In the Hans Christian Andersen tale, the Little Mermaid must sacrifice her voice in order to be seen and desired by the Prince; Lin’s project invited women to speak and be heard. 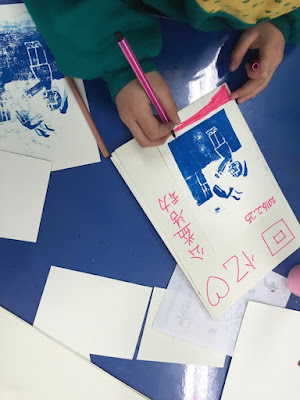 ‘The Bones of the Fish’ interrogates the cultural constructs found in fairy tales as historically powerful, enduring myths that constrain women. Even now. Today. And everywhere. As I walked to meet the artist in Shanghai, I passed a cosmetic surgery hospital. The large banner across its façade said, ‘You too can be a beautiful woman.’ In China, to be ‘bai fu mei’ (white, rich, pretty) is a contemporary aspiration, and Chinese beauty standards are even more stringent than in the west. Women trying to raise daughters free to be their authentic selves must negotiate a Disneyfied global minefield of candy pink. Adult women are marketed versions of the consolatory princess myth as ‘empowerment’. All women judge themselves and each other by impossible standards of beauty and behaviour. Lin’s work investigates this conscious and unconscious consumerism and dares to consider alternatives.

Monika Lin’s work has consistently focused on the marginalised, on those absent from the grand narratives of history. In ‘Double Happiness’ (2011) she explored the impact of pharmaceutical companies and the ‘medicalisation’ of ordinary life. ‘Exemplars’ (2013) used the medium of the woodcut — making a reappearance here in her new work — to deconstruct patriarchal Confucian allegories of filial duty. She works at the intersections of gender, class and race, examining the lives of Shanghai courtesans in ‘flower house’ brothels, and the exclusion of women from the Imperial Examinations system that produced Chinese literati painters and poets. In innovative multi-disciplinary bodies of work, underpinned by deep research, she presents us with alternative, hidden histories, and with the voices of those who were expected to be silent. 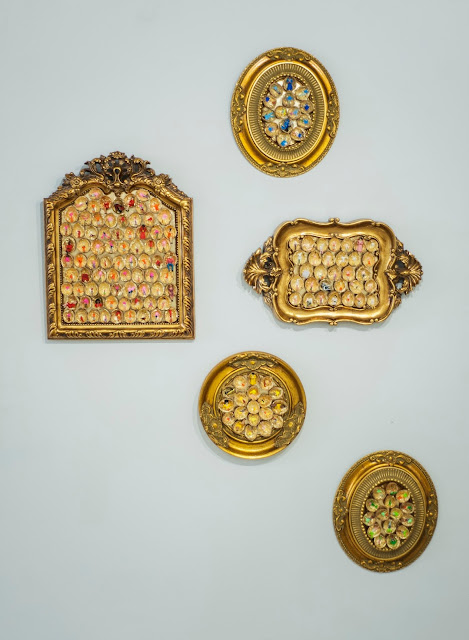 ‘The Bones of the Fish’ is shaped through connected elements, like the chapters of a book. ‘Lacquered’ is the most explicitly polemical. Nail polish contains highly toxic chemicals that leach into the body and have been found in international samples of breast milk. Lin interviewed manicurists in Shanghai nail salons—young women from the countryside seeking a better life and the promised intoxicating glamour of the big city—engaging them in conversation about their working lives far from their hometowns. Twelve portraits resulted from these lengthy conversations, painted with glossy nail polish on mirrored surfaces. It’s a dangerous glamour: the seductively luscious surfaces of lacquered nails can be likened to the shiny poisoned apple given to Snow White by the wicked queen. 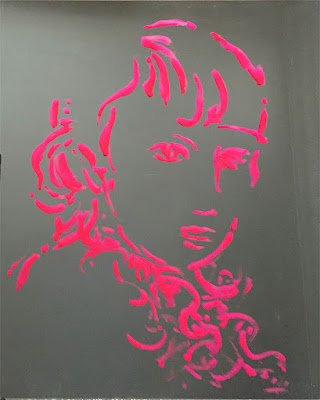 ‘Philosopher’s Walnuts’ consists of 1,000 gilded walnut shells, each containing a tiny, part-human figure. Arranged on square tiles of gold leaf, they recall religious iconography. These miniature hybrid creatures reference a Japanese erotic print, Hokusai’s 1814 ‘The Dream of the Fisherman’s Wife’ (also known as ‘Girl Diver and Two Octopuses’) that shows an ecstatic sexual encounter between a woman and two octopi. These works possess an element of the uncanny, a suggestion of the cyborg, of an impending post-human dystopia.  The walnut shell itself is imbued with magical possibilities of transformation. Alternately representing fecundity or masculinity, walnut shell bracelets are prized male accessories in China, with links to Buddhist practice and to the imperial past. Signifiers of status. In the early twenty-first century, for a while walnuts were artefacts of trade worth more than gold. Lin cleverly interweaves a gendered narrative with theories of labour and capital. 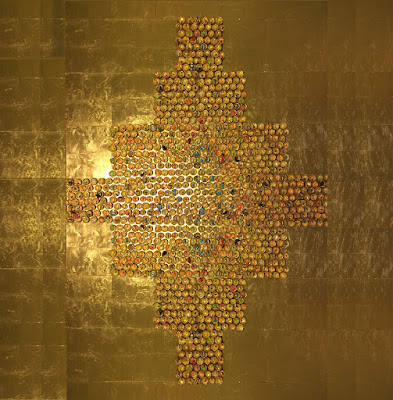 With great prescience, Roland Barthes suggested in his 1957 text ‘Mythologies’ that ‘the whole world can be plasticised, and even life itself.’ ‘Plastic River’ is an installation made of rubbish salvaged from the streets – recycled advertising signs, acrylic, Tyvek bags and LED signs. Here Lin connects the toxicity of the beauty myth to the vast waste dumps of plastic and garbage surrounding Chinese cities and polluting the oceans, a result of our reliance on the endless cycle of production and consumption, and the repetitive labour of millions. Culture subsumes nature.
In ‘The Bones of the Fish’, Monika Lin suggests that the shiny, seductive allure of advertising is a siren song of desire, as toxic and false in the end as the beauty myth and the fairy tale.
Luise Guest, May 2017 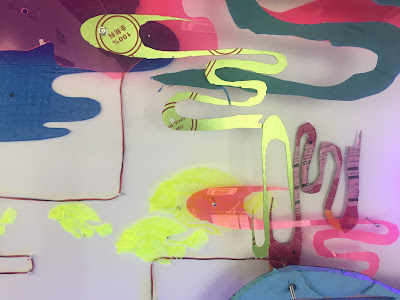 All images courtesy of the artist


The artist's book may be seen HERE, and click HERE for Monika Lin's website
Posted by An Art Teacher in China at 4:48 AM