God of Small Things - the art of Gao Ping

One of my favourite artists is Beijing-based Gao Ping. She has shown her ink drawings of 'tiny things,' like the solitary fragile figure in the work below,  at Stella Downer Fine Art in Sydney where I first met her. She has also been included in a curated show at the Maitland Regional Gallery in 2012. Her works both ink on paper and oil on canvas have the same paradoxical combination of fragility and strength that the artist herself exhibits in person. 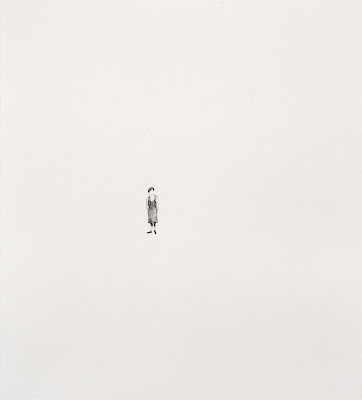 These works have a sadness about them - minute figures, objects, buildings and gardens seem to float on the surface of the Chinese paper. They appear spontaneous, but are in fact carefully planned and controlled by an artist in full command of her medium. Her subjects range from tiny figures, usually girls, to banal household objects such fans or furniture, to depictions of her Beijing courtyard studio or the slightly wonky potplants it contains. There is a series of toys - battered teddy bears and toy trucks, tin wind-up toys and well loved animals. 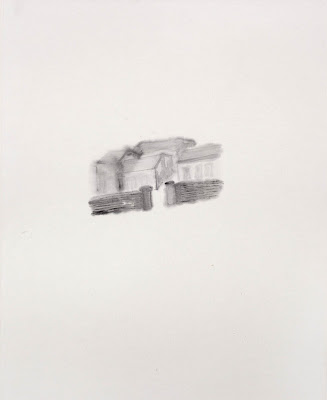 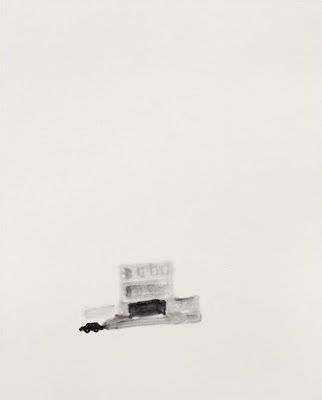 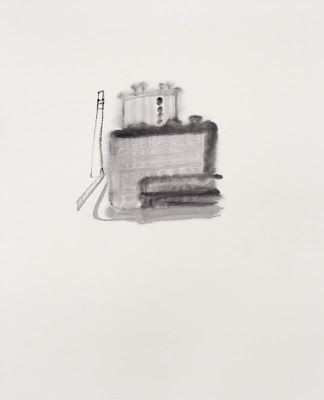 Space is used so cleverly - the forms float slightly uneasily, and the white void around them is equally as important as the subjects she has chosen. When I reviewed the show at Stella Downer for The Art Life in 2012,following a long conversation with the artist in a Waterloo cafe,  I said this: " She stores up memories of the people and things she observes in her daily life, until she is safely in the solitude of the studio when they spring back to life under her brush – a weary figure leaning sideways on a park bench, a feisty girl in jeans talking on a mobile, a gathering of men in suits. Together with her characteristic subjects of sad, abandoned toys, and collections of chairs, lamps or electric fans, they suggest a whole population in a state of flux. The delicate restraint of her ink marks gives them a sense of impermanence, as if they could dissolve, shape-shift, or transform themselves into something else altogether. It is perhaps not surprising that the artist describes her experience of living in the constantly changing chaos of Beijing as one of loss and sadness. There is humour too, however, to be found in her wry observations of the unexpected details of city life."

We met once again in Beijing in December, and when Gao Ping brought a folder of drawings to show me over coffee in a 798 cafe, she told me that she is happiest when she is drawing: "The drawing is my heart." 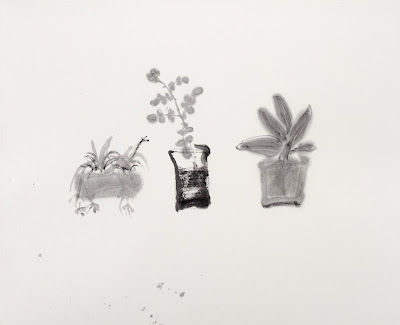 Her oil on canvas works are strong and subtle, working with a nuanced palette of greys and muted colours. My visit to her studio in Beijing was the first of several conversations where we talked about her life and her art practice. "The life of the artist in Beijing is a lonely one," she says. Her ambitions as an artist are  very pure - almost austere: "Work is the most important thing," she told me, wary of saying too much or of over-analysing. "All the ideas, all the talk is in the paintings."

The images of her studio and her work below communicate that sense of a rigorous practice, one which eliminates all that is unnecesary, even discarding colour altogether at times, and concentrates on what really matters.

Posted by An Art Teacher in China at 3:29 AM