Here is my article based on 2 interviews with a most interesting artist, A Secret Script: the painting and performance work of Ma Yanling, published last week on a new website, 'Creative Asia', which promises to be a really interesting source of articles, information about events and galleries, and a generally Beijing / Shanghai arts focus: http://www.creative-asia.net/

(I have added a couple of additional photographs.)


When I visited Beijing-based painter and performance artist Ma Yanling I didn’t expect to find a connection with a mysterious aspect of Chinese history – an ancient secret female language. Ma is known for her paintings, in which she covers her portraits of glamorous women with a fine mesh of calligraphic lines. She is less well-known for her performance art, more explicitly focused on female experience. As we talked, however, she revealed that “Nüshu” (literally, “women’s writing”) is the conceptual basis for much of her work, connecting these apparently disparate elements of her practice. The history of Nüshu is obscure and contested, but we know that women in Hunan Province used this script to communicate secretly, when women were denied education and confined to the home. It was taught to female children by mothers and grandmothers, after their feet were bound and before they married. Messages from mother to daughter were often embroidered into gifts and dowry items. “Nüshu is like a Morse Code used only by women,” says Ma. In a performance work presented in Japan she wrote Nüshu characters on sanitary towels and handed them to the audience, who were, she says, very reluctant to take them. In another performance Ma and her daughter wrote in this secret script on each other’s skin. “We read it and then wiped it away – so it is like you wipe away the language and then you wipe away the possibility to inherit this language.” In yet another work the clothes worn by the artist and her daughter were stitched together. “I sew people together, then cut them apart,” she says. Ma explores the profound relationships between women, most particularly between mothers and daughters. 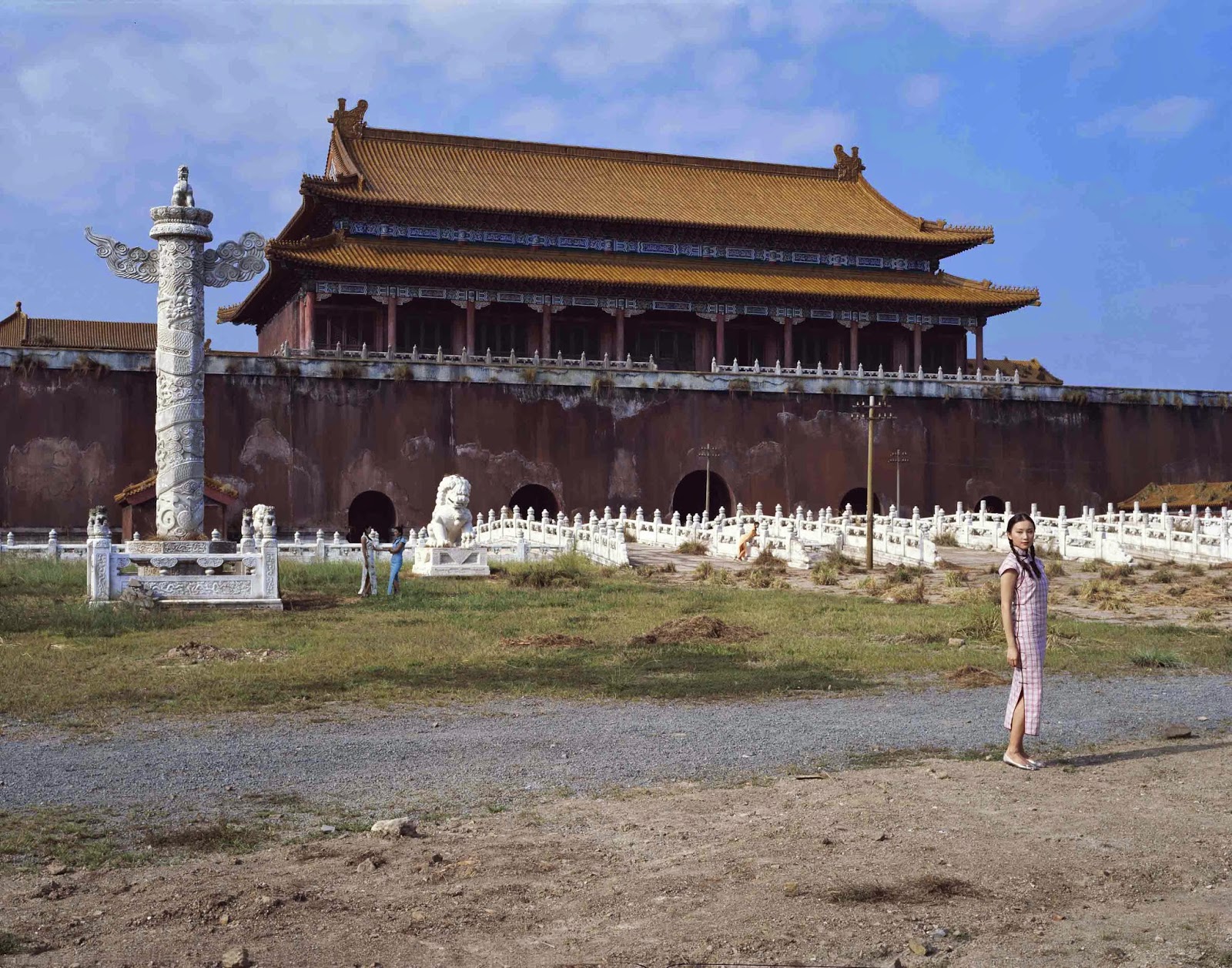 Before we met I had failed to see the connection between her delicate paintings of women (1930s Shanghai beauties, Western movie stars, and significant female figures including the notorious Jiang Qing) and her more obviously confronting performances. In our conversation it became clear that the theme of “secrets” threads through her work: the secret ways in which women were forced to operate in a world which confined them to the domestic sphere and denied them a voice in public discourse; the secrecy which pervades politics and public life in China even today; and the coded communications – and miscommunications - between generations of Chinese women. Inspired by her love for the works of ink-painting masters, Ma applies extraordinarily fine brush strokes derived from the 18 styles of traditional calligraphy over the entire surface of her acrylic or oil on canvas works, a veil partially shrouding their features. This may be read as a net, capturing and imprisoning the woman thus contained, or as a screen, behind which the painful realities of their lives remain obscured. Ma explains that she sees her subjects as captive commodities - they are not in control of their own destiny, but subjected by the power of others. “Even Madam Mao?” I ask. “Yes, actually I think she was brainwashed by Mao. Before she knew him she was just an actress – she was politically brainwashed,” says Ma. The result is a meditation on the darkness underlying glamour and desire.

A series of large photographs reveals the other element of this artist’s practice, in which she focuses more explicitly on uncomfortable ideas about femininity and social control. Theatrically staged interventions in the public sphere, these performance works reflect Ma’s interest in the work of Joseph Beuys and, most particularly, Marina Abramovic’s ‘endurance’ performances. After the horrors of 9/11 and, later, the anger of many in China at the destruction wrought upon Beijing by demolition and development leading up to the 2008 Olympics, Ma saw how sudden violence could transform ordinary urban space into a locus of tragedy. She covertly brought a convincing replica gun into crowded public spaces including buses, the subway and, with the inevitable result of her arrest, subsequent detention and release, Tiananmen Square. The resulting photographs of the artist holding the gun to her own head, surrounded by crowds, reveal the anxiety evident in public spaces everywhere post 9/11. A claustrophobic awareness of surveillance, and the symbolically loaded significance of Tiananmen, with the events of 1989 so shrouded in secrecy and denial, are particularly Chinese elements of the imagery. One cannot avoid the connection with the 1989 ‘China Avant-garde’ exhibition, closed by authorities after Xiao Lu shot her own sculpture with a gun she brought into the gallery.
Ma sees this body of work, in which she performs the role of “the terrorist”, and another series in which she photographed women on an abandoned movie set representing Tiananmen in the pre-1949 past, as part of her ongoing investigation of a secret female Chinese history. Like her paintings these images reveal a paradox: despair underlying beauty and grace. In another work the artist’s own naked body is tightly bound with plastic tape, creating grotesque patterns in her flesh, and crammed into small spaces – cupboards and suitcases – in a meditation upon the violence meted out to uncooperative women everywhere.  Ma Yanling is, above all, concerned with the female body and the ways in which femininity is “performed”. Her female forms inhabit a ghostly, insubstantial painted space; or else are actors in a drama of constraint and sadness.