Waste Not Want Not: Song Dong and the art of memory

I have been twice now to see Song Dong's wonderful installation 'Waste Not' here at Carriageworks in Sydney. This vast space, a cavernous post-industrial railway workshop, is the perfect venue to lay out in neat rows and grids the 10,000 items both banal and curious that were saved by the artists's mother. On first viewing I found the work beautiful, but also  melancholy. Malcolm Turnbull's speech at the opening focused on the memories he had of packing away his parents' possessions after their deaths. For me there were so many reminders of sorting through my mother's possessions - finding old photographs and letters hidden away in the many, many piles of old newspapers and half completed tangled bundles of knitting which she would never allow to be thrown away. Similarly Song Dong's mother, having lived through the privations and hunger of the famine which followed Mao's disastrous 'Great Leap Forward' and the terrible uncertainty of the Cultural Revolution, became a hoarder. 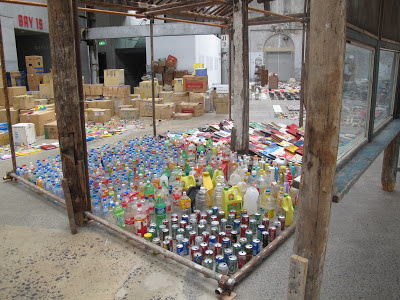 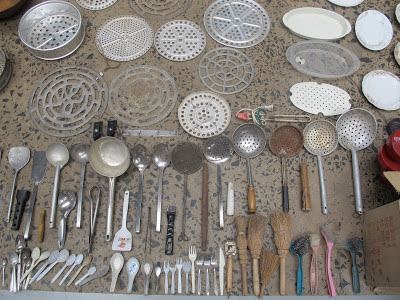 The objects she saved include old broken lamps, TV sets, record players, chairs and wardrobes, quilts and blankets, lightbulbs and batteries, kitchen utensils and broken crockery, shoes and plastic drink bottles and plastic bags and string..... all laid out in neat rows and grids, the plastic bags folded touchingly into neat little triangles. It all represents the revolutionary exhortation "wu jin qi yong" translated as "waste not". And reminds me of my own mother keeping every piece of string, torn envelope (for writing shopping lists and reminders) and elastic band. For Song Dong the artwork was a project generated to try to help his mother overcome the terrible grief she experienced after the sudden and unexpected death of his father in 2002. And now it is also a memorial to her - she too died in 2009. The centrepiece of the installation is her traditional Beijing courtyard home reconstructed. And that too is a monument to a kind of family life that has been swept away in the tide of change that has 'modernised' Chinese cities. 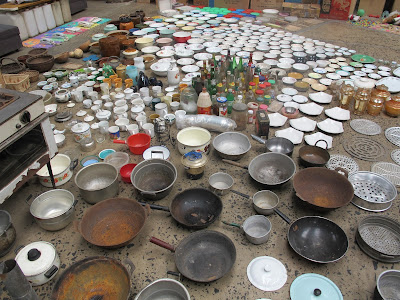 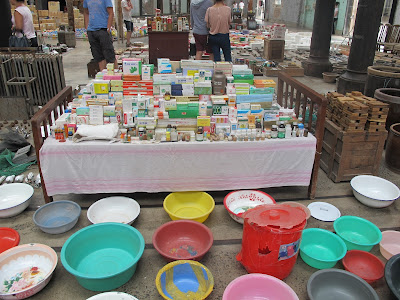 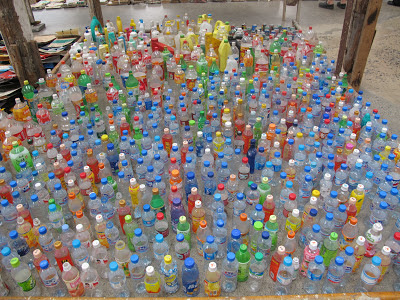 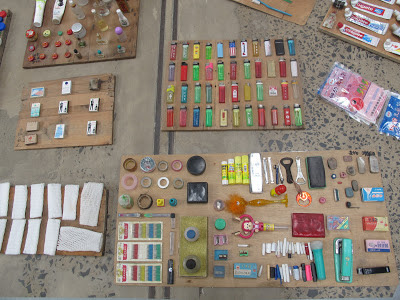 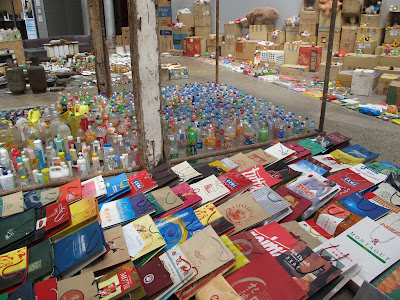 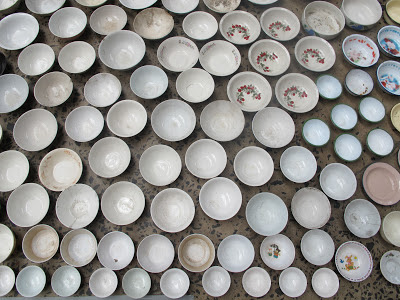 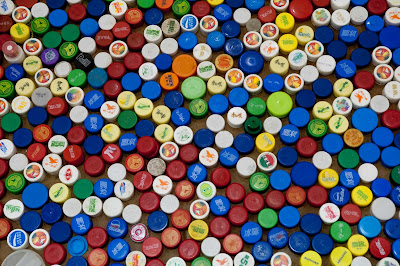 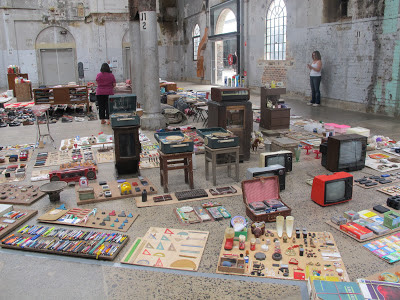 At 4A Centre for Contemporary Asian Art, the allied exhibition, representing 30 years of this significant artist's practice, is called 'Dad and Mum Don't Worry About Us We Are All Right'. The works here are also a memorial and tribute to his parents and to the ongoing connections of family and of filial duty. Together the works form a kind of ancestral temple.

Posted by An Art Teacher in China at 5:11 PM