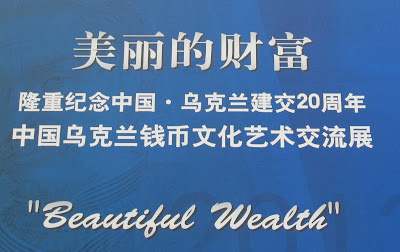 4 Signs seen from a Beijing taxi:


3 Items from the China Daily:


Beijing continues to fascinate, delight and appall in equal measures.

I spent this morning with the artist Lin Tianmiao, whose work I had seen recently in a big retrospective show at the Asia Society Museum in New York. We drove for over an hour through a post-apocalyptic wasteland of cleared farmland, fields of grey rubble, construction sites and brand spanking new apartment blocks in row upon row as far as the eye can see. Finally, down a private tree lined street in Songzhuang Artist Village, to a fortress-like villa, the home of Lin Tianmiao and her husband the video artist Wang Gongxin. Five huge dogs in the garden of the villa across the street leapt at the fence, snarling and barking in a most disconcerting manner.
Once inside, the private spaces and light filled studio are extraordinary and wonderful. As we sat and waited for Lin Tianmiao and her assistant, we listened to the finches in a huge birdcage and the splashing of goldfish in a pool. Two large dogs roamed the garden outside the windows, with trees covered for the winter. Finally I realised that the strange shuffling noise I was hearing was a large tortoise in the corner of the room, emerging briefly and moving towards us, then retreating into its shell. I had time to look at the contents of the floor to ceiling bookshelves. DVDs ranging from Dr Doolittle 3 to Zhang Yimou revealed a broad and eclectic taste. Books on the coffee table with beautiful tea cups and bowls included Susan Sontag, a Foto Folio collection of potraits of New York artists in the 1980s and 1990s, and a book on Georgia O' Keeffe's houses.


So strange to sit for half an hour in someone else's space, a space which revealed so much of the life lived therein. Artworks were everywhere, from Wang Gongxin's new digital animations to works by Lin Tianmiao herself and many other artists both Chinese and Western. A shelf of photographs includes recent snapshots and family photographs from the Cultural Revolution period.

The studio is a revelation - a white calm space filled with works in progress, and a staff of maybe 20 studio assistants working silently - winding colourful silk thread around synthetic bones or stitching the 'badges' similar to those currently showing at Galerie Lelong New York. Other workers  assemble the sculptures of bones connected to tools, bound with thread. Lin Tianmiao walks quietly through and makes adjustments. I asked her if, in the years she worked as a graphic designer in New York before her return to China and emergence as an artist to be reckoned with, she could have imagined all this. She shakes her head. The New York years, were hard, she says, although she loved the energy of that city she herself was not left with the energy to think about becoming an artist. Returning to China was also hard, but she thinks China now has the creative energy that New York may have lost.


We talk over tiny, delicate cups of tea about the use of thread, hair, felt and other textiles in her work. She tells me that in her childhood, her mother was 'sent to the countryside' (read into that what you will) for three years, and it was there that she remembers her mother learning how to spin and sew. The basic, physical nature of the materials which connect us to the natural world and to bodily realities are what interests her. I am fascinated but not surprised that she nominates Louise Bourgeois as an artist she admires.
She rejects the feminist label with which she is often identified, believing that feminism is a western thing and that China is not yet at that point. So many other pressing problems, she says: food safety, pollution, corruption, politics....She also rejects the idea that she may be a role model or inspiration for younger female artists, stating bluntly that every artist must forge their own path. Art is a personal and spontaneous thing, she tells me. However, she does acknowledge that when women have children they change, become stronger and yet also more vulnerable. It is this paradox that her work most beautifully explores.

I think of some of the other women I have met in the last few days: 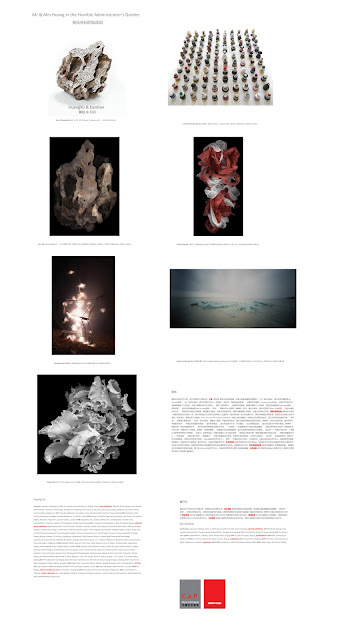 All these women are both strong and vulnerable. The thing I have most loved about talking to them is their absolute lack of self conscious 'cool' or the adopting of personae. They talk with evident sincerity, seriousness and thoughtfulness about their work. There is no posturing. That is something very refreshing!


See my review of the Lin Tianmiao show at the Asia Society Museum in New York here: The Art Life: masculinity and femininity in new york

See my review of Gao Ping's Australian show at Stella Downer Fine Art here: http://theartlife.com.au/2012/still-life-girls/
Posted by An Art Teacher in China at 7:09 AM