The Rescuer of Lost Images

I enjoyed meeting the delightful Thomas Sauvin, curator and "collector of lost images" for an interview at 4A Centre for Contemporary Asian Art last week, and finding out about the genesis of his project 'Beijing Silvermine' which is exhibited there in its current iteration. 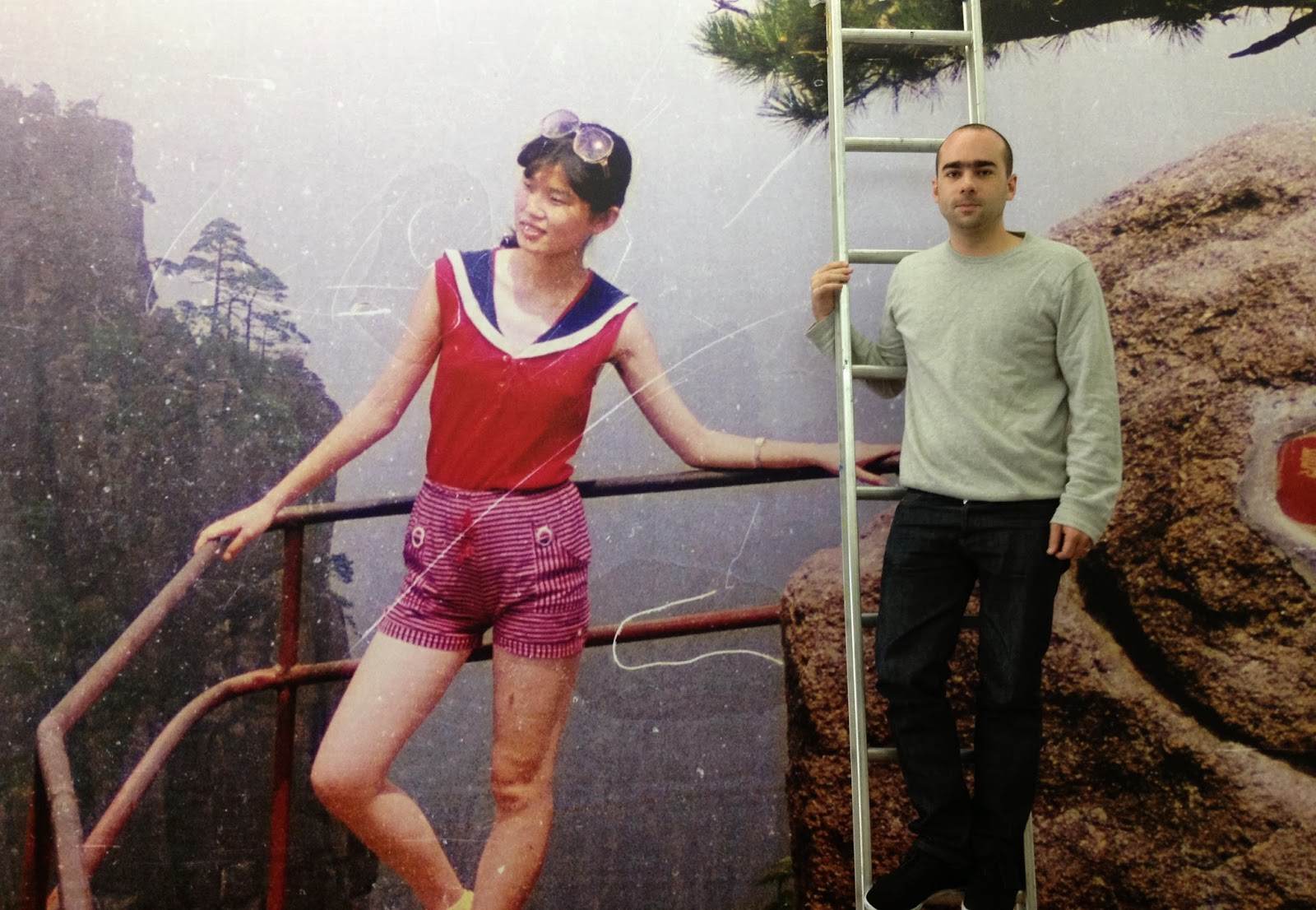 Here is my review of the show and interview with Sauvin, published this week in The Art Life:

Thomas Sauvin is a rescuer of lost images. From more than 650,000 abandoned photographic negatives he has assembled an archive which tells a previously untold story - the story of China in the years from 1985, when photography first became accessible to ordinary people, to about 2005 when analogue photography was superseded by digital technologies. Badly shot, poorly lit photographs, often printed from damaged negatives, these are in many ways mundane images of ordinary people doing ordinary things. They joyfully show off their new consumer goods; go to theme parks, or to the beach; travel; enjoy time with their families and go to MacDonald’s. Yet these apparently banal images represent perhaps the most dramatic social change of the 20th century. Showing at 4A Centre for Contemporary Asian Art in an event associated with Sydney’s Chinese New Year celebrations, these still images, installations and video provide the viewer with a compelling narrative and a most unusual art gallery experience. Sauvin does not describe himself as an artist. Rather, he says, he is a collector and curator who presents his collection in the manner of an artist. Like an archaeologist exploring a midden of Kodak moments, he has ‘mined’ discarded rolls of film destined for the silver recovery process in order to reveal a China that may surprise western audiences. Beijing Silvermine emerged from Sauvin’s experience of working with the UK-based ‘Archive of Modern Conflict’, a privately funded collection of vernacular photographs and perhaps the largest collection of images in the world that shows history through the eyes of ordinary people. Over time, however, he became more interested in seeking out negatives and starting his own collection of Chinese photographs. Just a small part of this extraordinary accumulation – an alternative history – is here in the gallery. The time these images represent is the period of opening up and reform; the first moments of Deng Xiaoping’s oft-quoted “To get rich is glorious” cultural shift; the starting point of the entrepreneurial and fast-changing China that we know today. Large numbers of people were beginning to accumulate a little more wealth. They had enough to buy household appliances such as refrigerators (which feature in a surprising number of photographs), to take holidays, and even to travel abroad. China moved from an emphasis on the collective towards a new determination by ordinary people to pursue individual happiness. And with increasing access to affordable photography they now had the means to document their lives.
If you expect Mao suits and bicycles, or apocalyptic pollution, you will be surprised - these images bear little relation to what western audiences might expect from Chinese photographs. Sauvin, who has lived in Beijing for many years, is irritated by what he sees as the “extreme” reactions of foreigners to China. He says, “Either they love China and see it in a ‘Tai Chi in the park, mystical mountains’ Orientalist manner, or they hate it and all they can see is ‘pollution, corruption, destruction, Ai Weiwei, Tibet.’ And that’s it.” In contrast the collection from which the twenty-eight images showing in ‘Beijing Silvermine’ are drawn reveal ordinary people living their lives during an extraordinary time of transformation. The photographs range from the banal, to the beautiful, to the bizarre. Sauvin finds recurring themes as he sifts through thousands of negatives, which he buys by weight from a recycling centre. He was immediately struck by the universality of experience, and he hopes that audiences here, as they have elsewhere, will recognise something of their own personal histories in the images he has selected for the exhibition. Some of the badly shot, luridly coloured snaps of people wearing truly hideous 1980s fashions could well have emerged from my own embarrassing family photograph albums. The time and place may be unique, but the themes are universal, Sauvin says – birth, family, leisure, travel, pride, joy, and consumerism. I remembered my snapshot of myself with my first car, shot in a suburban Sydney street, and agreed.

To read the rest of the article and the interview, click HERE