I write this not from Beijing but from Chengdu, in a hotel high above the Second Ring Road. It's warm and a little humid, and music has been floating through the window all evening since I returned from dinner - first it was Chinese opera; now it's violins and enthusiastic singing. Where it's coming from I have no idea - surely not the Happy Star Karaoke Bar next door, where no doubt the local fatcats are singing and drinking Baijiu with their young "xiaojie"? The music is layered with the continual honking of car horns and speeding traffic - a Chinese city symphony. Earlier it was a true cacophany, with long beeps alternating with short "parp parp" horns and the thrum of thousands of motor scooters. I am here to visit with sculptor Shi Jindian, who makes intricate and delicate wire representations of objects such as army motorcycles and jeeps, remembering a time when these were the only vehicles on Chinese roads other than bicycles. Perhaps ironically, as we drove two hours out of Chengdu to his house in the mountains today, we passed a long military convoy of camouflaged PLA trucks carrying soldiers. This is the road to Tibet. 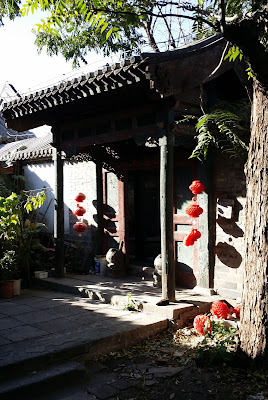 I am reflecting on a hectic two weeks in Beijing since arriving from Shanghai. So far I have visited the studios of 15 artists, with 8 more interviews in the week ahead. Not to mention demoralising Chinese classes every morning - no wonder I am tired! I think of Gramsci's famous quote: "Pessimism of the mind, optimism of the will," in relation to learning Chinese. But optimism, in China, is sometimes hard to come by, even for an "outside country person" such as myself, and being here for any length of time can be emotionally draining. The Chinese sense of humour is dark, like its history, and while I always find great kindness and friendliness here, people are tough - they have always had to be. 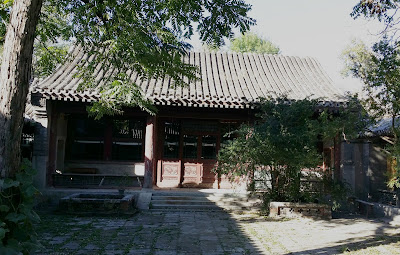 So, channeling Ian Dury and the Blockheads (yes, I am old!) here are my "Beijing Reasons to Be Cheerful": 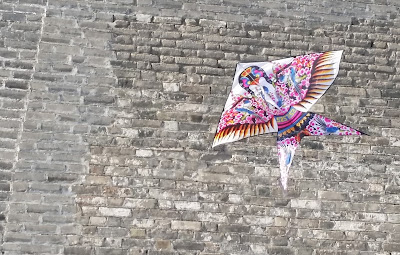 Posted by An Art Teacher in China at 4:10 PM