The Year of Transformation

"So this is Christmas and what have you done/Another year over, a new one just begun..."
I have been intending to write a post covering my most recent experiences in China for some weeks, but the frantic busyness of the year's end  has conspired against me. Now, as I sit at my kitchen table, with food ready to go into the oven in the heat and humidity of an Australian Christmas - yes, we truly are insane - bright parrots noisily swoop on the red flowering gum tree in front of our house, their cries mixed with the noise of neighbourhood children in swimming pools, lawnmowers and the thrum of cicadas, I finally have a moment to look back at the year just past.


And what a year of change it has been.

The first year away from teaching since my second daughter was born in 1990.

The year of the first grandchild - such joy!

The year my first book was published - a mixture of joy and terror.

The year of my first curated exhibition - ''Half the Sky'' - in Hong Kong and Beijing, and speaking about my book to a packed house at the Beijing Bookworm bookshop.

The year of navigating a new job that challenges me every day, and allows me to focus entirely on contemporary Chinese art.

The year of starting a second graduate research degree - oldest student in captivity?

And a year of three trips to China and my first trip to Taiwan to interview artists who think and work in very different ways to those on the Mainland. 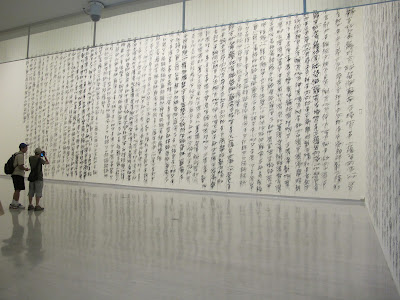 First, my best #onlyinChina moment of 2016:
In a Jingdezhen restaurant we had almost finished eating a wonderfully spicy meal, and had progressed to the too-much-drinking phase of the evening, when I began to hear the word, "laoshu" - ''mouse" (老鼠). Looking up towards the beam running between wall and ceiling, where a few diners had begun pointing, I saw a very long tail disappearing into a crevice in the wall. Then another creature ran along the timber beam above the table. Then another. Then another. And they were not mice. After some amused conversation about what would happen in Australia if large rats were seen running through a restaurant, it was decided to call the waitresses and express some degree of dismay. The Chinese members of our group were completely unperturbed, as were the assembled flowery-aproned fuwuyuan. Their response: "What's your problem? They didn't eat YOUR dinner!"

Back to the art-related highlights of 2016.

In February my book ''Half the Sky: Conversations with Women Artists in China" was published by Piper Press after a 5-year labour of love, researching and writing. The launch at Kinokuniya Bookshop in Sydney, a Q & A with curator Suhanya Raffel, was a moment that I had feared might never eventuate in the end-game struggle to complete the project. More than 40 female Chinese artists invited me into their studios and their lives, and we shared conversations about art, men, children, mothers, Chinese history, and everything else under the sun. I am so grateful to them for their honesty, fearlessness and humour, and regretful that I couldn't include every artist I interviewed. In the end, the book featured 32 of them - and one day I would surely love to produce Volume 2!

In April an exhibition of works by women in the book was shown, firstly at Art Hotel Stage in Hong Kong, and then in a different iteration at Red Gate Gallery, Beijing, curated in collaboration with Tony Scott of China Art Projects.


In October I travelled to Taiwan to interview artists in the White Rabbit Collection. I especially loved visiting the studio of HsuYung-Hsu, and meeting artists Peng Hung-Chih, Shyu Ruey-Shiann and Mia Wen-Hsuan Liu. I discovered a very different Chinese culture and history, reflecting diverse influences from Portugal, Japan, Hakka culture and indigenous Taiwanese histories. It's not 'China-lite', as some had led me to imagine, but something completely unique, despite all the current ongoing tensions. 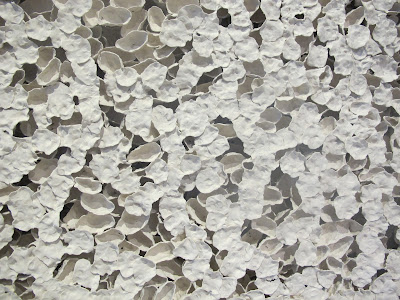 In December I was invited to join a research team for the first phase of fieldwork, for a Leverhulme Trust-funded project called 'Everyday Legend', exploring endangered traditional Chinese craft practices and their reinvention and renewal in contemporary art. The week began at Shanghai's Minsheng Art Museum with the exhibition curated by Jiang Jiehong. 'Everyday Legend' included works by many artists represented in Sydney's White Rabbit collection, including Liang Yuanwei, Zheng Guogu, Shi Jinsong, Sun Xun, He Xiangyu and Zhao Zhao. It was tightly curated and engaging, from He Xiangu's alarming installation of teeth to Liang Yuanwei's simulations of textiles in oil paint, from Liang Shaoji's collaboration with silkworms to Yu Ji's dismembered body parts, as if hacked from ancient sculptures.


We travelled from Shanghai to Suzhou to meet weavers and embroiderers, and then to Jingdezhen, where our itinerary was arranged by conceptual artist Liu Jianhua, recently returned to China after installing his work at the Asian Art Museum in San Francisco - earlier in 2016 his work was shown at the V&A and in Tate Modern's Herzog and de Meuron-designed Switch House. As a young boy Liu was apprenticed to his uncle in a Jingdezhen porcelain factory before eventually attending university at the Jingdezhen Ceramics Institute, later teaching in Yunnan earlier in his career. Like many significant Chinese artists, including Zhang Peili, Liu Jianhua still teaches in Shanghai, where he is a professor in the Fine Arts School of Shanghai University.
In Jingdezhen we visited studios, artist residencies, factories, museums and a bizarre ''Cultural Relics Theme Park', as well as the fake market where new wares are carefully aged to appear ancient. Over spicy Jiangxi food we discussed art and Chinese history, and shared ideas for the next phase of the project. We were accompanied by Lv Shengzhong, whose own artistic innovations and profound influence on the curriculum of the Experimental Arts Department at Beijing's Central Academy of FIne Art changed the way that many Chinese artists thought about connections between folk art and contemporary practice. Like a wrinkled grey-bearded elf, wearing a felt hat traditional to Shandong Province, and with an accent so thick you could cut it with a knife, his views on the project and on what we were seeing were fascinating. 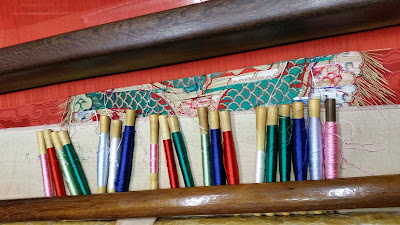 The group was led by Jiang Jiehong, a professor at Birmingham City University's Centre for Chinese Visual Art, and included Sebastian Liang and Nan Nan from the New Century Art Foundation in Beijing, and Professor Oliver Moore from Groningen University in the Netherlands. The trip finished with a discussion/workshop at Minsheng Art Museum focusing on contemporary art in China and whether artists could or should incorporate material practices from China's past. We were joined by artists Yang Zhenzhong, Zhou Xiaohu and Jin Feng, who were more inclined to dismiss the past than to repeat it, taking a refreshingly idiosyncratic standpoint.


Apart from the incident of the rat in the dining room, in Jingdezhen I added to my growing collection of Chinese hotel names in English: the "Waiting Hotel", the "Fishing Post Hotel"(in the middle of the city), the ''Continents La Grande Large Hotel" and my favourite, "The OK Hotel" - which may or may not be truth in advertising. In our own hotel, the Jingdezhen Chinaware Hotel ( excellent by the way) a notice in my room advised that by calling reception I could be provided with red wine, coffee, Red Bull, dried beef, shredded squid, chicken feet with pickled peppers, poker and cigarettes.


As for art seen and experienced in 2016, I won't mention the disappointments - but there were a few. My exhibition highlights this year include, in no particular order:


In all the misery this year has brought the world, and the fear and despair that many across the globe are now feeling, I look to artists to continue to speak "uncomfortable truths" and to art educators to continue their undervalued work teaching students to think critically and apply their creative minds in unconventional ways.