It's hot and steamy, and the smells in the vegetable and fish markets of Central are very rich indeed today. I have seen two wonderful exhibitions, the first at Hanart TZ of works by Qiu Zhijie called Deja Vu. These works are laser cut metal 'worlds' akin to 3 dimensional traditional paper cutting, based on character archetypes from Chinese historic sagas (which fill the schedules of Chinese TV stations) and imagery from traditional landscape painting. But with a twist - there are also aircraft carriers and electrical appliances lurking within the visual narrative. 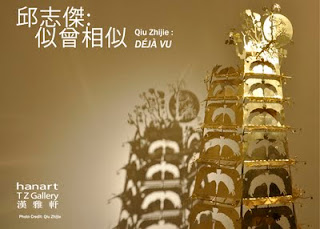 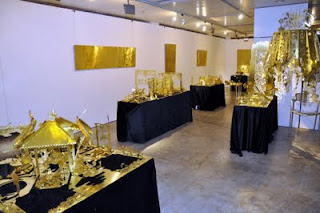 The second exhibition, 'Capturing Cathay' at Galerie du Monde, showed the works of three younger photographers from Chongqing (which someone told me is now the largest city in the world, can this be true?) Like so many other works they are in part a lament for what is lost, and a protest against forced demolition in China. Like so many other works I have seen they also layer the lost past with the transformation of the present. 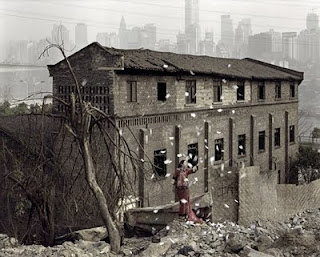